Our own Wayne Jones, Head Boys Basketball Coach and Head Boys Golf Coach was named Private School Coach of the Year for the 21-22 school year by Vype magazine. It certainly wasn't an easy season, with major injuries to seasoned players and having to incorporate new players into the lineup, as well as a difficult schedule and inevitable losses to extremely talented teams. Still, the team made it through with Coach Jones at the helm.

Coach Jones's secret sauce as a coach is his relationship with his players and his assistant coaches, who he calls the "rocks of [his] success." According to Jones, all successful coaches have compassion, relationships, organizational skills, the willingness to admit when they are wrong, generosity, and a focus on the bigger picture.

Jones's mantra for the program was two-fold: 1) Play for the person next to you. 2) Live by the "ibilities"—accountability, responsibility, dependability, sustainability, and adaptability.

This season, working with this group of young men "was the best part of [his] day." Jones adds, "I loved going to practices and games and being in their presence every day. They had the ability to bring efficacious energy and a positive aura without fail." And he told them so. As Cailen Graham '22 adds, "He always said that the best part of the day is when he's practicing with us. That meant so much to all of us."

Jones says, "As I watched these young men deal with adversity and share the ball, as well as give of themselves for their teammates, we as a coaching staff knew something special was brewing. This group is as special as we thought they could be back in October."

Of course, winning SPC was a highlight. "The last shot was the icing on the cake," Jones explains, "but the entire body of work for those thirty-two minutes was a masterpiece created by the team. They executed the game plan to perfection, sacrificed for each other during the game, and when they were down in the fourth quarter, they manifested the calm and confidence needed to give themselves a chance in the end."

To watch the entire gym and most of the winter athletes celebrate with the team gave Jones a special feeling. "Such a sense of community is unparalleled," Jones adds.

Coach Jones suffered a deeply personal loss when his mother passed away. "Not having her there for our season had a huge effect on me. She was always my biggest fan and attended almost every game that I coached. She LOVED our team. I shed tears of joy and sorrow after that shot from Greenhill rimmed out—tears of joy for our team and tears of sorrow because my mom wasn't there for it."

Assistant Varsity Coach Johnny Kwok calls Coach Jones's coaching this season "a masterclass." Kwok adds, "He had to deal with so many things off and on the court, including internalizing a lot of pain when his mom passed away. She had come to every game he had ever coached or played in. I remember the week of the season opener when he realized she would not be in the stands. And before all this, we had season-ending injuries to three of our key players. People think the hard part about coaching is the end of game play calls or the substitutions but, behind the scenes, Wayne was motivating talented athletes, helping teenagers deal with injuries, organizing a program, all while dealing with his own personal heartaches. We all know this season had a storybook ending, but we must remember that we lost our first game to a team we should have beat and the next game on the schedule was a top 10 team in Texas that had nationally ranked players. Coach Jones's post-game speech and practice speeches kept the players engaged and hungry. He explained how challenges in November only make you better in the playoffs. It's crazy how true that was for us. Walking down the hallways everyone can see what makes Jones great: the confident voice that echoes through the school; the assurance that we hear in the classroom, the locker room, and at the lunch table. That same voice affirms the abilities in his players and motivates them over the hills they must climb."

Jones' advice to up and coming coaches is simple but important:

Leana Greene '22, one of the varsity team managers this year, adds, "Coach Jones is heavy on the idea of 'family', and he instilled that into the team every day. With family comes sacrifice and compromise. Coach Jones is a mentor I wish I had met sooner and hope to keep in my life for years to come." 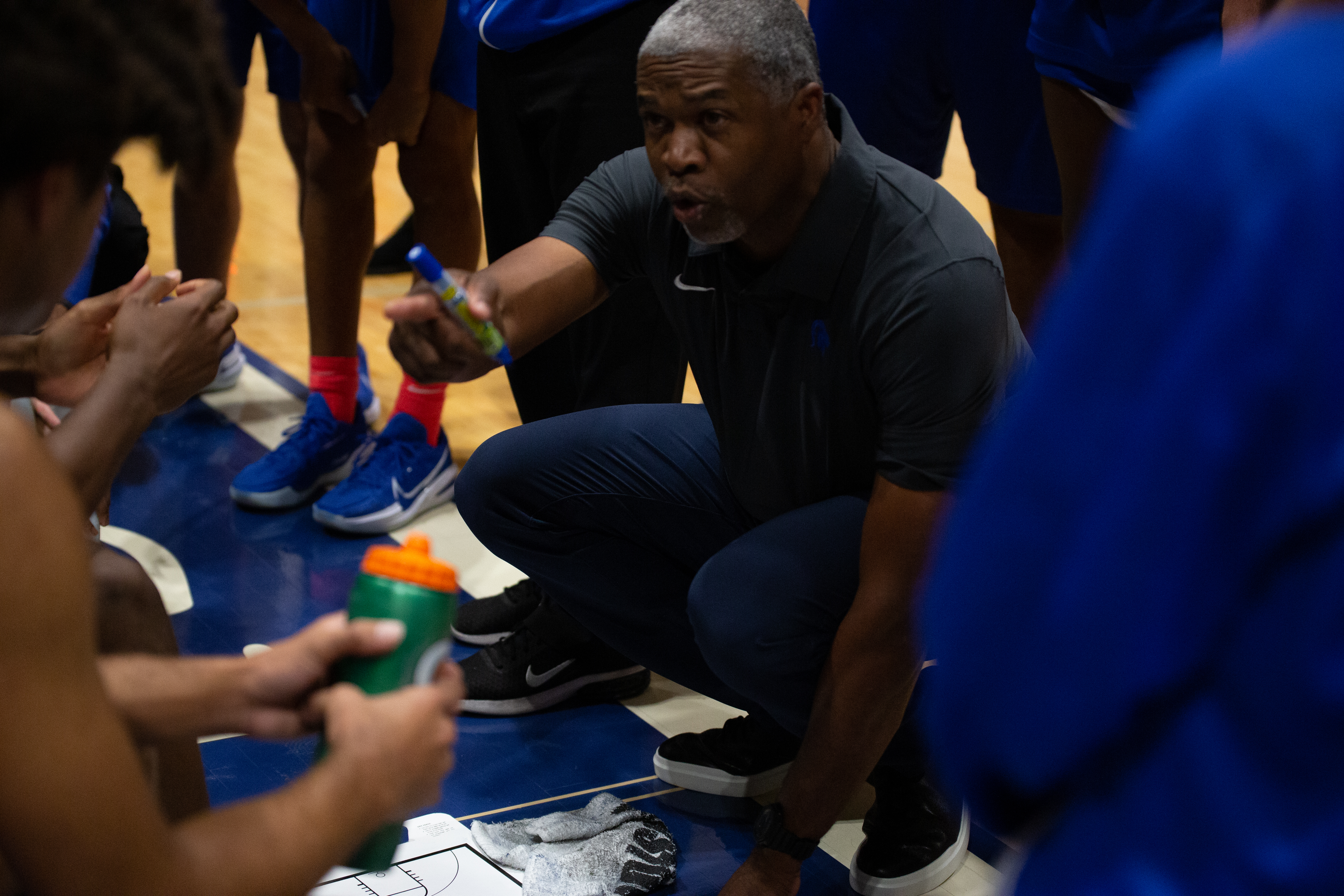 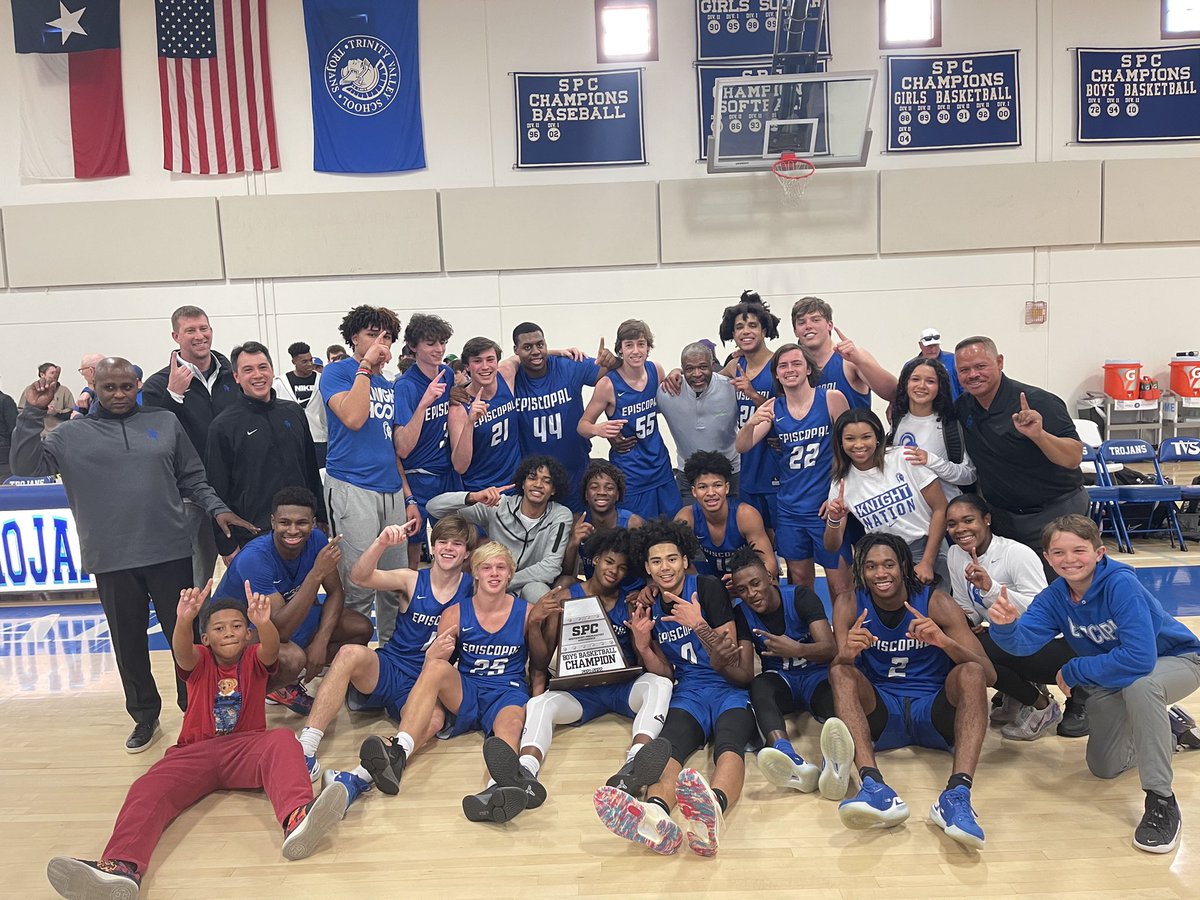