EHS sent three advanced math teams into the trenches of mathematical modeling to participate in the rigorous and ever-challenging High School Mathematical Content in Modeling. Students are given a real-world modeling problem and have two weeks to solve it. This year, all three teams earned the distinction of "successful." And one team--Samantha Ho, Nora Lawless, Jake Siegel, and Aiden Stewart--qualifies for the 2nd round. Only about 20 percent of the 760 teams advance.

The competition offers two different problems to choose from. The first problem was about finding electrical usage for a city. Students had to measure the costs and impact on the city. The second problem was about water bottle bans. It asks what the impacts of a ban would be, and for students to make a model and math equation showing the impact.

Each problem has a math conceptual question. If something else were to happen, how would the equations change? The deliverables were a one-page write up and a one-page newspaper article.

The purpose of the competition," says Blair Barineau, one of the students who competed in this year's competition, "is to work on the team. That's the purpose: figuring out how to work on our own and manage our time." Many of the teams first met in Dr. P's room to decide the problem they would work on and set dates to work together. Some students tried to meet up daily and both weekends and work two to three hours at a time. Other teams delegated work and mostly worked separately on individual tasks. "The hardest part was time management," Blair adds. "We were all struggling at the time with either college applications or junior research. November is a super busy time of year. For our team, we had no clue where to start. We knew we needed to do research and write some math equations. For this one, though, you didn't really need data for the kind of equation we were writing."

Linear equations and calculus are often the courses that helped the most with this competition over the years, just depending on the kind of problem students are asked to tackle. Sometimes Algebra helps a lot with working through the variables. Statistics and computer science can also come in handy.

Every year, Amelia Heymach thinks she'll never do it again. "But the team bonds a lot and it's so fun. We don't do math the whole time. Sometimes we're just talking about random stuff. It also really widens your perspective about the uses of math in the real world."

For Amelia, when she happened to go to San Francisco, it really changed her outlook because she could see the effect of a water bottle ban in real life.

"Our team was really cohesive," says Ethan McAlpin. "We really know each other. That made it fun to work together. But it was hard to find data and we had to think of different ways of interpreting the data too."

Aidan Stewart's team looked at the other problem, which he and his team members felt was pretty straight forward. "We had to develop a model to determine the changing cost in energy usage, total energy usage, and how much spent on energy in the future. The way we worked was to meet at Starbucks once a week. Gathering data was probably the most difficult, and we got most of it through a governmental energy agency. It became easiest to just delegate different tasks to different members."

All team members, no matter how they got to their final result, agreed that what was most rewarding about the competition was to apply everything they've learned in the last eleven or twelve years. According to Amelia, "it was like a math party with some of my closest friends." 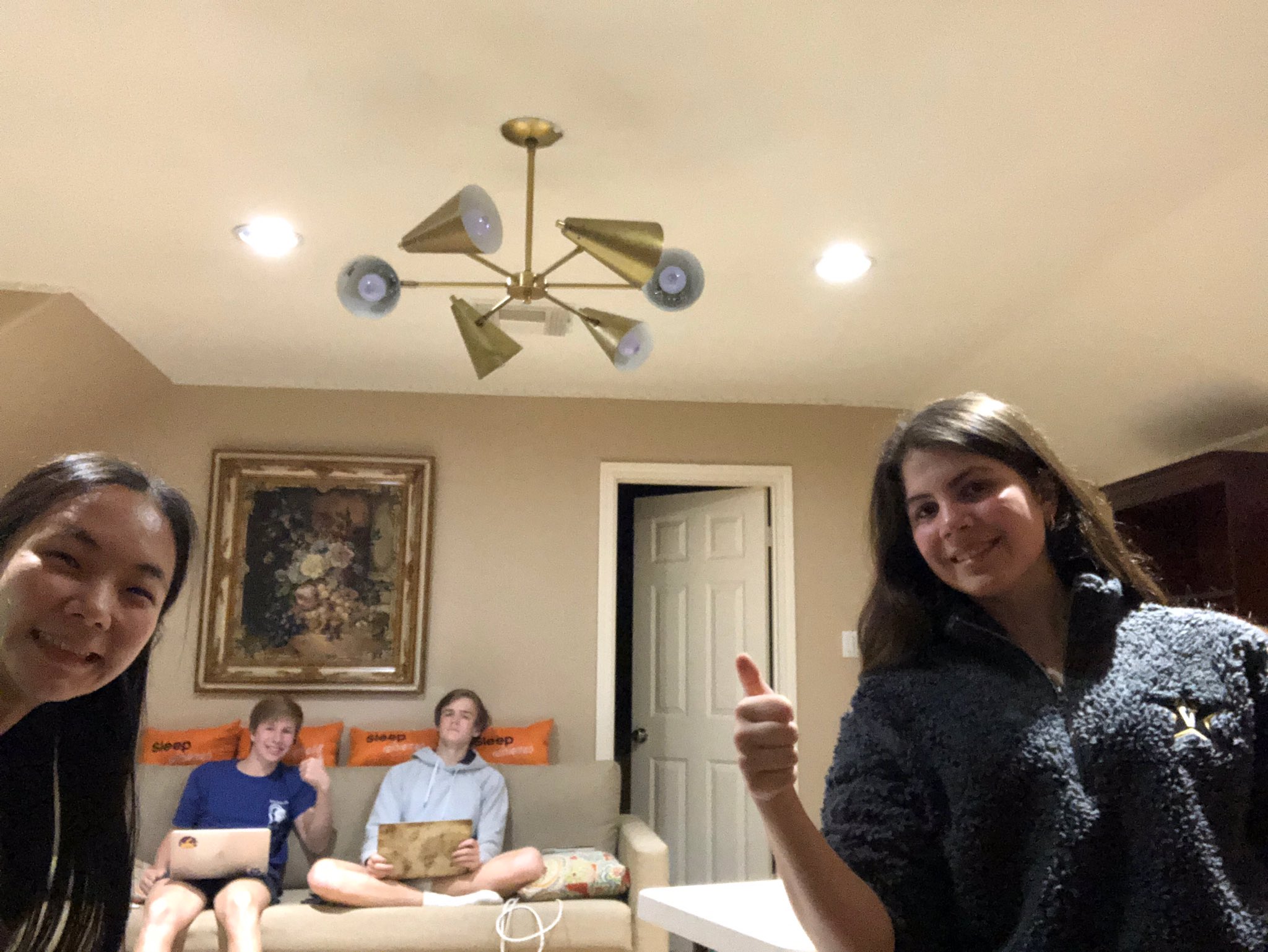