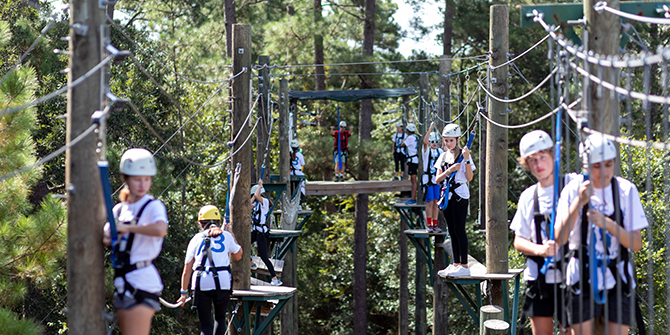 "What's your life like?" Mr. John Flanagan asks one of his advisees. "What are you looking forward to?"

The two of them sit in wooden chairs beside a stone fireplace at the 2019 Freshman Retreat. They're in the main lobby of Camp Allen's central building, an Episcopal-based outdoor facility northwest of Houston in Navasota.

Earlier, students congregated in the Crum field house to meet their advisors and their classmates for the first time as EHS Knights. You can see the anxiety in students' faces.

Ms. Alice Berry, co-sponsor with Mr. Flanagan for the Class of 2023, points out that anxiety is not uncommon: "Everyone wants to feel successful and liked. Everyone is anxious starting a new thing." Berry puts this in the context of a lunchroom: "You want someone to sit with you the first day, not the first week."

Freshman Retreat is Episcopal's solution to these first-day-not-first-week concerns. Freshmen spend the entire retreat with their advisory groups, rotating through four different sessions throughout the day. There's the high ropes course, the low ropes course, small-group icebreakers, and one-on-one sessions with advisors. 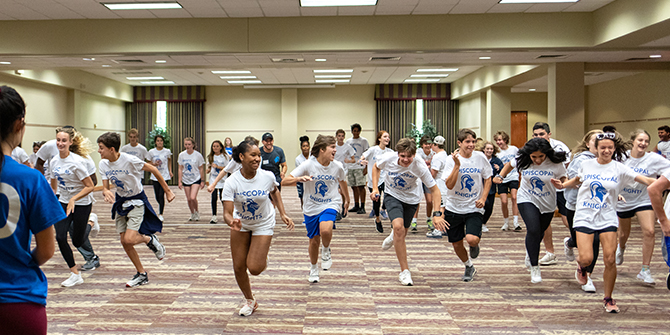 When it comes to the power of the retreat, its past participants can attest to its success. "I was scared," Catalina Alvarez '20 remembers about her freshman retreat. Moving to the United States from Columbia only six months before starting freshman year, Alvarez felt most concerned that other students would already know each other from middle school. Being split up by advisory gave her a sense of comfort at the retreat. Today, she is part of the FAM (Freshman Advisory Mentors), volunteering as a senior to help freshmen feel welcome to EHS.

Connor Smith '22, also a part of the FAM, met with a freshman who moved from North Carolina only one week before. "I think it helped him," Smith says. "Hopefully this gets the ball rolling for the next conversation."

So what's at play here? How is so much anxiety simply forgotten? Why exactly does this work?

When asked why the retreat isn't held on-campus, Mr. Flanagan's face lights up. "I love that question." Being away from campus, in his opinion, scrapes everything away until only the bones are left of EHS: the relationships. "There's something about being out in God's natural world that lends itself to quieting the heart and clamor of cellphones," says Flanagan. He notes that the Chapel ceremony held at the conclusion of the retreat invites God into the community.

At Freshman Retreat, EHS brings its new students out into this meditative space and lets them know that they are not only capable of being loved, they are loved.

Photos and text by Scott Cunningham 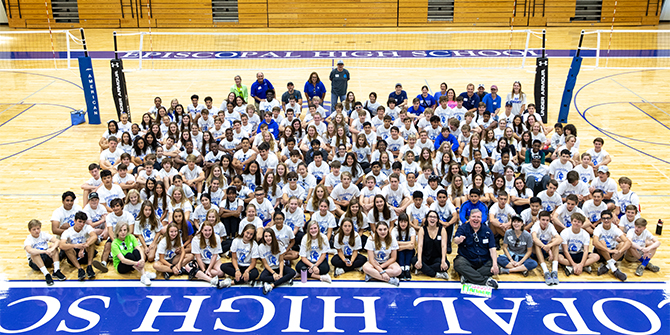