Photography that Honors the Past
May 7, 2020
Share to FacebookShare to TwitterShare to LinkedInShare to PinterestShare to EmailPrint this page 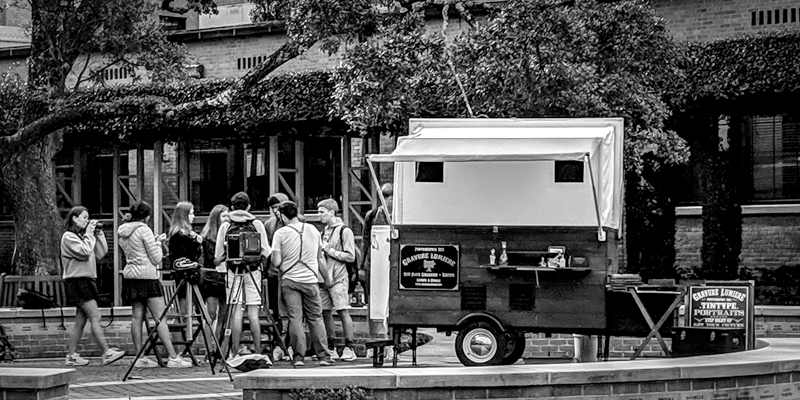 What sparked your interest in becoming a photographer?
I'm from a tiny town in eastern Iowa. When I was in high school, we didn't have photography, in fact, we barely even had an art class. In the summer of 2001, I went to college at Savannah College of Art and Design (SCAD) in Savannah, Georgia, to study painting. There, I decided to take beginning photography as an elective my freshman year. I had never been in a darkroom before. When I experienced the absolute magic of the traditional black & white printing process for the first time, I was instantly hooked.

How did you become interested in the history of photography, and what drove you to open a business in creating daguerreotypes/tintypes?
I avoided most historic processes during graduate school even though Louisiana State University (LSU) had a fairly traditional program. When I was in college it was at the height of digital imaging. I really enjoyed creating altered landscapes by layering 40-50 images in Photoshop.

After I finished my thesis, I was sort of at a loss as to what to do artistically. I decided that I wanted to start using my large format camera (4x5 inch), which had been collecting dust. About the same time, I met a really amazing Syrian photographer by the name of Osama Esid. Osama considers himself a photographic technician because he is always experimenting with alternative processes in his own work. At the time, he was working in wet plate collodion (process for making tintypes). One day, he invited me to his studio where he was making collodion portraits on aluminum. I had never seen the process before, and I was simply blown away by the incredible tonality of the image. It had a quality that was unlike anything else that I had ever seen.

The next thing I knew, I was acquiring all of the equipment that I needed to do it myself and mixing chemistry like an alchemist. Then came my mobile darkroom. Since the entire wet plate process from start to finish has to happen while the image is wet, I realized that I needed to have a darkroom on wheels. It took me about a year to build my mobile darkroom trailer. As soon as I started taking my darkroom into the landscape to make tintypes, people wanted to know more about it and learn about the wet plate process. 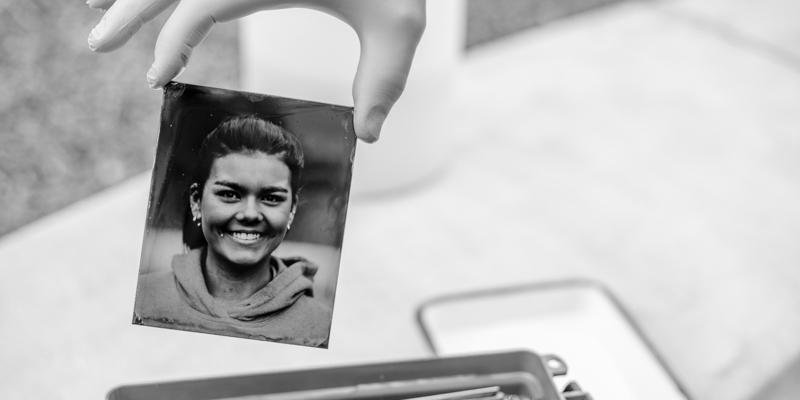 What's the most rewarding aspect of this business?
I would say teaching people about the history of photography. I have amassed a collection of historic photographs as well as wooden cameras and brass lenses, which are 100 to 175 years old. I'm a hands-on learner myself, so I really enjoy bringing my collection to workshops and sharing the experience with participants.

Which photographer in history would you most like to meet?
Oh man, so many. I would have to say, Alexander Gardner. Gardner was a photographer during the Civil War. It was also Gardner who photographed Lincoln's assassination conspirators after their capture, as well as their subsequent execution.

What does photography tell us about a culture?
It tells us how fickle it can be. Photography has always been part science, technology, and artistic expression. Technology is driven by the demand of consumers, as is photography. Invented as an alternative to drawing and painting, photography was a way to create a likeness. It was realized that there was a desire for consumers to have their portraits made. Quickly thereafter, consumers wanted to be able to make photographs themselves. Next came instant photos, then photos without any wait or waste: digital. Fast-forward nearly 200 years from its inception and what was once a practice performed by only professionals is now something that almost anyone can do. Most everyone carries a device capable of taking and recording thousands of photos. 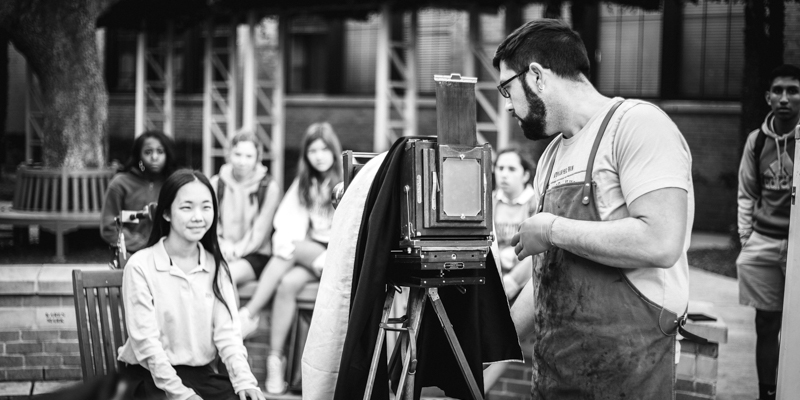 Why didn't people smile in early photography?
Because photography was serious business. Ha! No, it's because the exposure times were very long in early photography processes (they still are for tintypes). Holding a smile for 10-30 seconds is much harder than most people realize and usually results in more of a grimace than a smile.

Last month, students in the National Art Honor Society (NAHS) gathered after school at the Contemporary Arts Museum Houston, to tour and discuss Amoako Boafo: Soul of Black Folks, a display of paintings created by the 38-year-old Ghanaian artist, Amoako Boafo. As the exhibition’s title suggests, the paintings are portraits of black people, including the artist himself, his friends and family, and even celebrities like Beyoncé and Jay-Z.

Students, accompanied by some of their parents, explored the show with museum docent Janice Warren, who asked questions to prompt reflection and discussion. When Warren explained that the paintings in the exhibition were created between 2016 and 2022, the group recognized how the artist’s style had evolved over that period of time. In contrast to his older work, Boafu’s newer paintings have simpler compositions and bolder, brighter colors, which puts more focus on the figures.  “I liked seeing Amoako Boafo’s progression throughout his career,” shared Callahan Baker ’24.  “I learned how the colors and background can influence the theme of the art.”

Another aspect of Boafu’s work that intrigued the group is how he paints the figures’ skin with his fingers. As a result, the subjects’ bodies are a web of moving lines. “The skin was made from all kinds of brown textures and a bit of blue,” observed O’Neal Harrison ’23. “I learned that even one of the most childish forms of painting can be used to create stunning works of art.”

Boafu’s work not only challenges traditional painting techniques but also ideas about race, identity, and representation. NAHS faculty sponsor Lauren Cunningham was inspired to organize the event after she saw the show this summer. “I was really moved by Boafu’s art, and I wanted students to have an opportunity to take a closer look and explore the deeper meaning.” Mia Tuckwood ’23 attended the tour and commented afterwards, “His art made me think, which is what art is supposed to do. [It was a] very cool experience.”